Over 6000 delegates descended on the Gold Coast for the 2019 Australian Pharmacy Professional Conference & Trade Exhibition. Joined by over 100 speakers and political leaders from both major parties, the conference was yet again a resounding success and a must-attend event on the Australian community pharmacy calendar.

In a jam-packed opening plenary, Federal Health Minister Greg Hunt announced a commitment to an additional $200 million investment to the AHI fee through to 2023 as well as a $5 million pharmacy mental health trial program. This was followed by an address by Shadow Health Minister Catherine King, who said Labor supports pharmacists working to full scope of practice and outlined Labor’s plans to improve the affordability of medication.

Congratulations to the team from Flannery’s Pharmacy in Forbes NSW, who were named as the 2019 Guild Pharmacy of the Year for their commitment to supporting their local community and maintaining a viable business model with integrated professional services within the pharmacy. Congratulations also to David Paulmert from LiveLife Pharmacy Macrossen Street, Port Douglas who was named the Guild Intern of the Year.

A key theme of the 60-plus education sessions was opportunities for the future, with futurists Shara Evans and Dr Keith Suter highlighting the potential changes in healthcare and how pharmacy can prepare. The 13 international speakers provided lessons from their own countries and highlighted opportunities for Australia to replicate, particularly in regard to pharmacists practicing at full scope, including appropriate remuneration.

APP2019 once again provided a networking focal point for community pharmacy with the opportunity to meet suppliers and colleagues on Thursday night’s Welcome Reception, as well as during the three day trade exhibition featuring over 450 trade stands. Delegates also celebrated International Women’s Day on Friday 8 March with a networking lunch.

The APP Street Party delivered on its reputation as pharmacy’s biggest party. The Studio 54 themed event saw attendees entertained by Bob Downe and disco dancing to the sounds of Lisa Hunt’s Forever Soul Band and 100% Kylie.

Full and Day Delegates, please keep an eye out for the conference video wrap and link to online session recordings that will be sent out at the end of this week. Also, don’t forget to check out all the conference photos on the APP Facebook page.

APP2019 Sponsors
The Pharmacy Guild of Australia would like to acknowledge the APP sponsors as without their support, this event would not be possible – click here to view all the APP2019 sponsors. 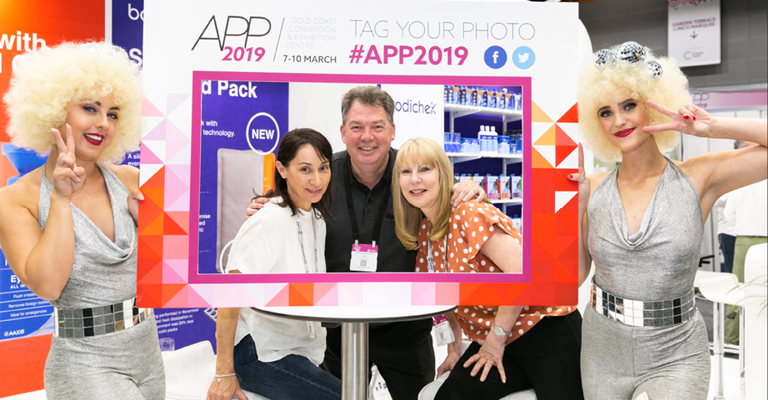